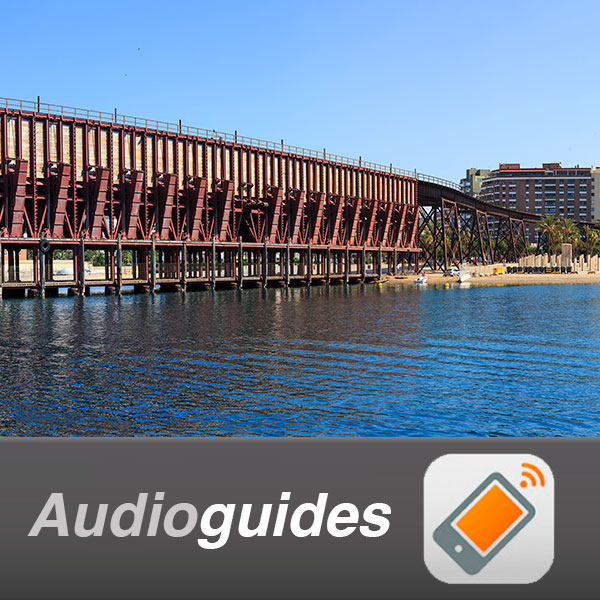 The loading of ore, popularly known as English Cable is located on the beach Almadrabillas next to the pier of Levante. It is an extension of the railway to the sea and fueconstruido between 1902 and 1904 by the British mining company The Alquife Mines Railway Company Limited, in order to reduce the costs of transporting ore from the railway station to the port. Iron ore was mined from the site of the town of Granada Alquife.

This landing is a great example and a masterpiece of iron architecture of the early twentieth century, gives personality to the seafront of the city and, in 1998, was declared “of Cultural Interest ‘. This engineering work consists of two distinct parts: the access system and dock pier itself.
Its structure is designed for the shipment of ore system by gravity: the boats were placed on both sides of the landing to unload the ore through the spouts in the holds of ships.