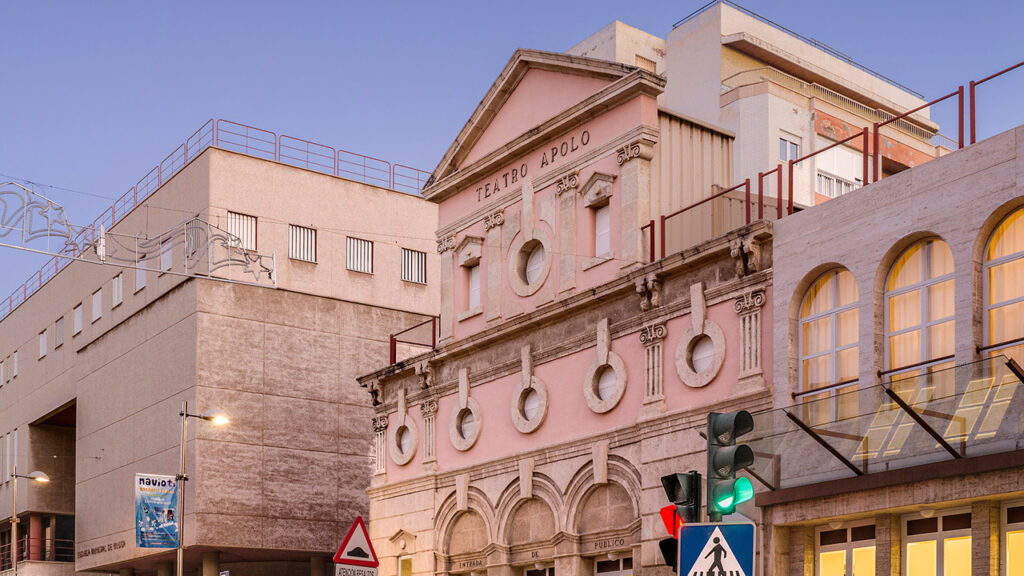 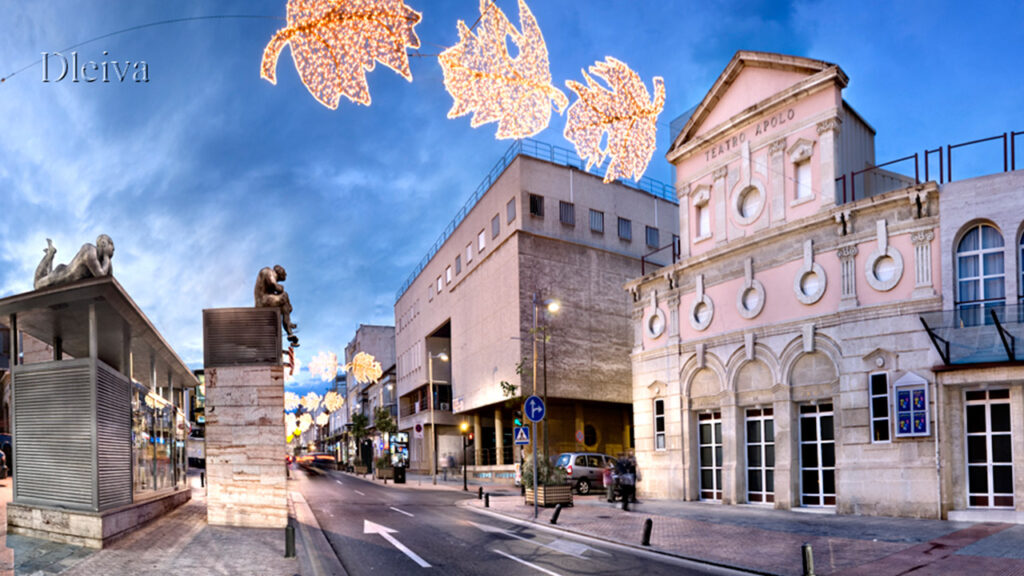 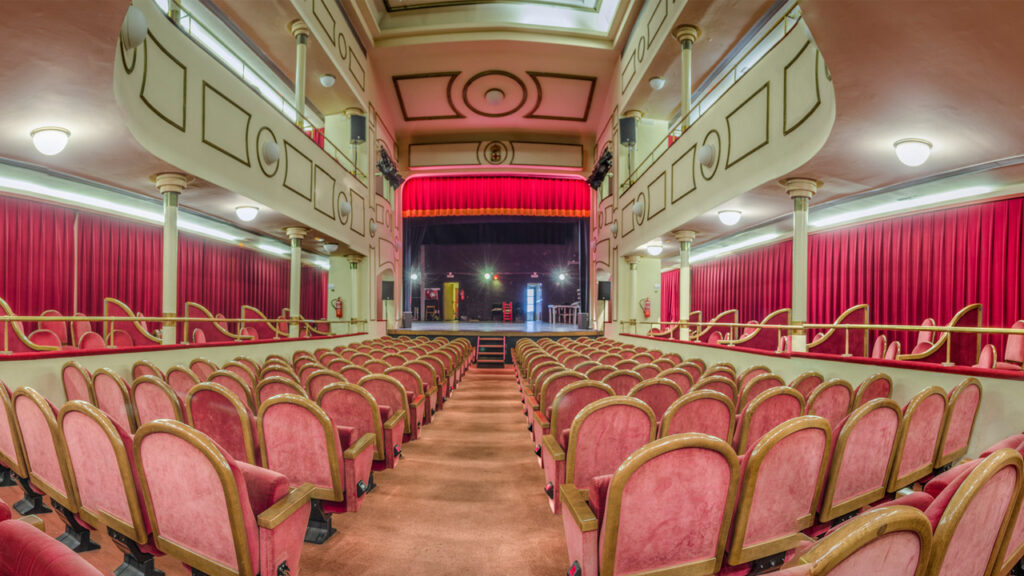 The progressive development of the bourgeoisie Almeria encourage leisure oriented constructs, such as theaters. The Apollo Theater, under construction in 1881, replaced the former Calderon Theatre located between the streets Obispo Orberá and Juan Lirola.

The Apollo Theater was in the years 1880-1900 the main theater of Almeria. In it where they came to represent numerous operettas and plays, as Almeria were very fond of opera in that time. It was an important constructive element within the almeriense cultural life.

After undergoing various renovations in the twentieth century and used for other purposes, as was the film, it was finally closed. It was not until 1993 when its reconstruction began, preserving its main facade, characterized by the historicist style, with arches and small windows with highlighted key. The theater is currently owned by the municipality of Almeria.