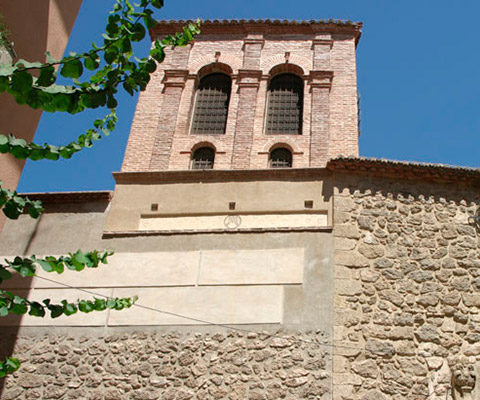 Convent Church of the Pure

The cloistered convent of the Order of the Franciscan Concepcionistas (also called Royal Monastery) represents one of the most important artistic ensembles of the city, declared of Cultural Interest in 1982. The building, which dates back to the foundation of the convent in 1515 (the oldest of Almería) on some old Arab houses, donated by D. Gutierrez de Cardenas, the first Christian governor of the city. It covers a wide artistic chronology ranging from Moorish to Baroque, with very many reforms and transformations. In his will, given in Alcala de Henares on May 31, 1498, he ordered the foundation of a convent dedicated to the Order of Santa Clara. After his death in 1503, King Ferdinand, ruled that the will be fulfilled, but his wife Mrs. Teresa Enriquez, changed ownership to the order of the Immaculate Conception of Our Lady (The Pure).

The origin of this convent was built in three orchards, with their respective houses and towers. The family were from the neighbourhood of the Musalla, and occupied the corresponding blocks to the current streets of Cervantes, Eusebio Arrieta, Sanchez Toca and Plaza de San Fernando (current administration Old Square), leaving out the now defunct Diocesan College, which occupied the entire block.

The building, including the church and the cloister and the remaining area could be accessed from Cervantes Street. A cover was included in the nineteenth century, together with the subsequent cloister. The main facade of the convent church, which was eighteenth century, stands out for its sobriety, concentrated solely on its main baroque front, characterizing the typical Moorish tower which was attached during the seventeenth century. The church had a single nave which was a beautiful original interior decoration of the eighteenth century Baroque period, and it highlighted the main altar.

Inside the cloister can be seen remains of Gothic portals in the cemetery and four Solomonic altar-pieces covered with birds of paradise which were reformed in the eighteenth and nineteenth centuries. One of the chapels of the church is Santa Beatriz de Silva, the founder of the convent. It is the family mausoleum chapel of Jesus of Perceval. In the lower choir is situated the Craticula, an old chapel where the nuns had to provide access for the priest to the door of Communion. A series of paintings of the church are primarily Marian themes and were made in the eighteenth century by the Lorca painter, Antonio Garcia. The exception was that of Angustias which is not of Marian theme.