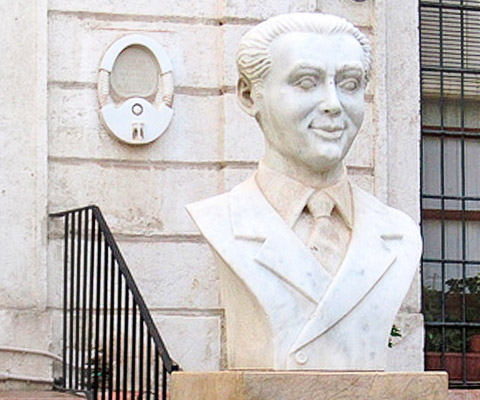 Federico Garcia Lorca had more than a casual relationship with Almería. In addition to being the land that inspired him to write the famous “Bodas de Sangre”, also he lived here for three years in his childhood.

Almeria city pays tribute to the “Avenida Federico Garcia Lorca,” better known as “La Rambla” and with this bust is in the Plaza Maestro Rodriguez Espinosa, that it was the master of Lorca during his stay in Almeria 1906 to 1909. In this same Plaza, formerly called Bálmez, is the house where he lived for three years.