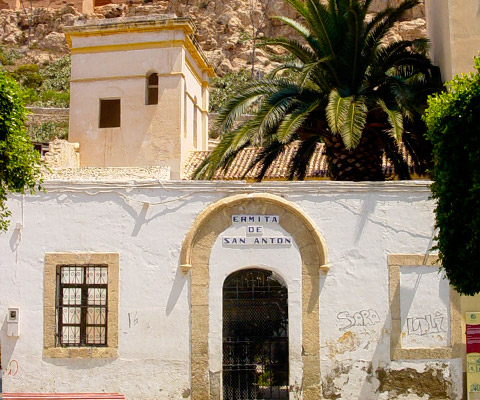 Under the Alcazaba of Almeria, the chapel, formerly a mosque, gives its name to one of the most popular neighbourhoods of Almeria. Each year the auction of rabies and bonfires in January confirmed its popularity.

Due to the confiscation of the convent, Bishop Orberá , in 1877, developed some adjoining houses as a small convent for the nuns of Santa Clara where they lived until 1899. The chapel continued as public oratory, inaugurated in 1908 a grotto of Lourdes which became very popular. After suffering the ravages of the Spanish Civil War, the Parish of St. John the Evangelist was erected.