Inicio » Motivos temáticos » Monument to the martyrs of freedom 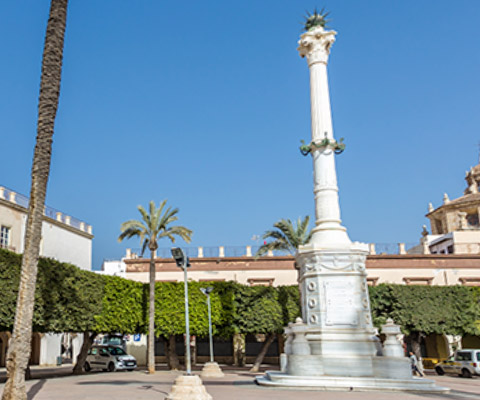 Monument to the martyrs of freedom

Expedition of “Coloraos”, so called by the tone of their coats, was an attempt to Spanish liberal insurrection during the Ominous Decade who carried out the liberal émigrés of the Society of the Communards Knights, which operated in Gibraltar after the fall the constitutional regime in 1823.

The Coloraos departed on August 6 from Gibraltar and arrived at Almeria on the fourteenth of the same month and landed forty nine well-armed and uniformed men with their red coats. They intended to raise the almeriense people against the absolutist Fernando VII. The attempt was unsuccessful, as the spies had warned of the invasion. Those who were not killed during the fighting were shot on Aug. 24 without trial, knees and back.

In his memory he rose in Almeria this memorial, the Martyrs of Liberty, but was destroyed in 1943 with the first visit of General Francisco Franco to Almeria and during the dictatorship no tributes were held to these men.

With the advent of democracy recovery prompted tributes and reestablished, traditionally known as “Monument to the Coloraos or Pingurucho”.
It is located in the Plaza de la Constitution.