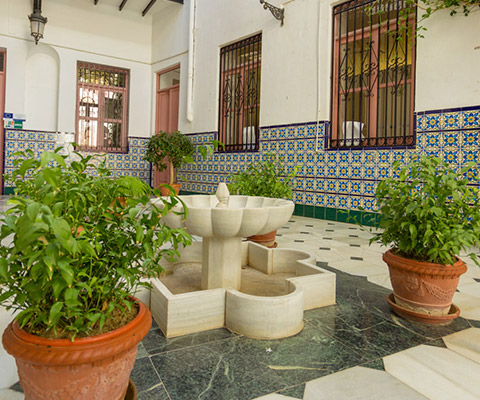 The only school that survived the seizure was that of the Purisima, adopting the stage of the Restoration, the mid-nineteenth century, teaching and way of life, often in religious communities after being dispossessed of their property. For this purpose a building for school on land owned is built, south of the present place of San Fernando (now Plaza de la Administration Vieja) and, with some reforms, it has survived to this day.

Work began in 1885, under an initial draft of Trinidad Cuartara Casinello, and were directed by the architect Ortiz de Villajos. It opened in 1889. In its neo-Gothic facade and medievalists elements are observed: pointed arches and flared with slender columns in the jambs among its most distinctive architectural elements. The building is now headquarters of the UNED and has inside a characteristic courtyard.