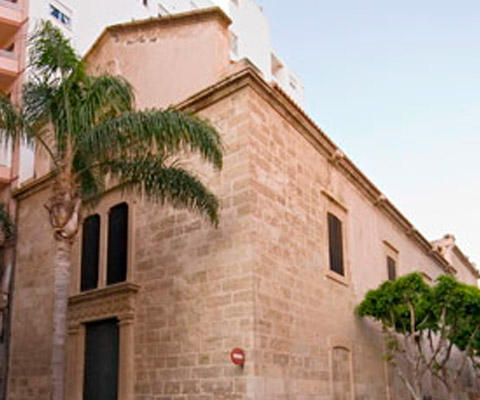 Servants of the Blessed Sacrament

It was the ancient church of The Old San Pedro in the seventeenth century after the confiscation of Mendizabal in 1837, when the parish was transferred to the church of the former convent of San Francisco. In the late nineteenth century it was renovated and inaugurated in the early twentieth century. It was run by the Jesuit Fathers.

Following damage in the Spanish Civil War it was rebuilt later. It is now a cloistered convent of the Servants of the Blessed Sacrament. The last restoration was performed by Ramón de Torres. Its interior features transmit peace and it dispalys Mudejar armour in the roof.