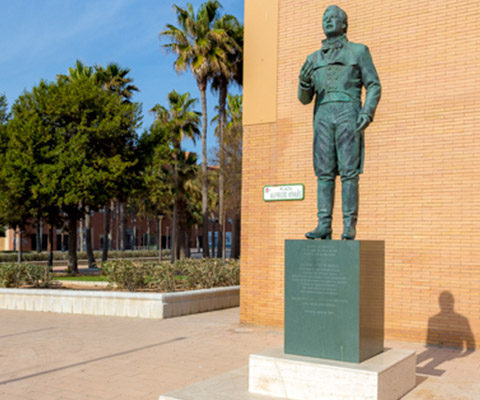 Almeria city stands the statue of “Alfredo Kraus in his sublime creation of Werther” in honor of the master of bel canto pure. “In honor and recognition of universal art. Almería, April 2007 “prays at the base of the sculpture of the canary tenor.

The statue is installed in the square of the capital that bears his name in front of the Municipal Auditorium Maestro Padilla.

It was the first statue erected on the peninsula in memory of Alfredo Kraus, although they have sculpted busts in other cities.