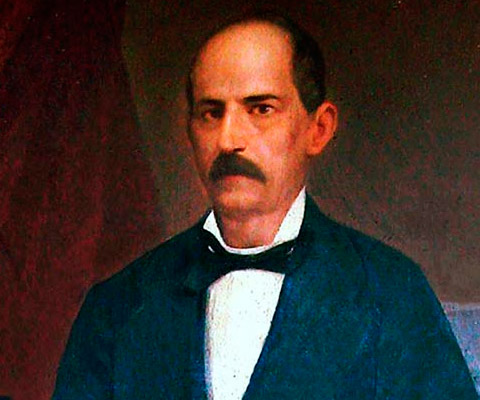 Politician and entrepreneur dedicated to the exportation of grapes; at the beginning of 1860 he moved to Almeria city and participated in the firm Spencer and Roda, one of the most important in the Province since the middle of the XIX Century until the beginning of the XX Century. The Company was dedicated to the exportation and commercialisation of minerals, grapes and esparto grass. Juan Lirola was a member of the Liberal party and friend of Carlos Navarro Rodrigo; Juan Lirola was mayor of Almeria during three legislatures: 1881-83, 1883-85 and 1886-88. As Mayor, he distinguished himself in the development of construction and of the City. He made new streets and avenues and introduced new elements of urban infrastructure like cement side walks, potable water through a modern water system. Lirola also promoted the Fair and the August feasts as a good way to promote the City’s tourism and generate income. Thanks to his friendship with Navarro Rodrigo and taking advantage of him being Public Works Minister, Lirola achieved the concession of the Arts and Crafts school. Lirola participated in the commission in charge of administrating the construction of the Linares – Almeria railway line. When he was president of the Circulo Mercantil (mercantile association) he administered the construction of the Chamber of Commerce and becoming the first president of the same until the end of his days. He was also the vice-president of the Port Authority.