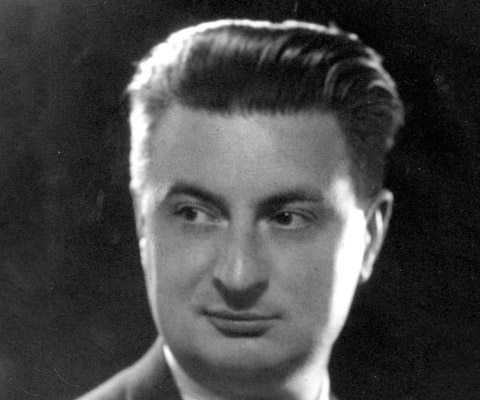 Guillermo Langle Rubio was born in Almeria in 1895, his father Placido Langle Moya, passed him down his work ethics and his liberal ideas. Since he was young his vocation was to be a painter and therefore he entered the Arts and Crafts school, but his mother Concha Rubio wished him to study architecture to follow his three brothers legacy who studied careers: Law professor, lawyer and doctor.

He went to Madrid to prepare for the entry exam to the Architecture career, once in Madrid Guillermo Langle had the pleasure to meet a good part of Spanish intellectual elite: Jacinto Benavente, Ortega y Gasset, Pio Baroja and many more.

In 1915, he began his architecture studies and finished in 1921. Guillermo returned to Almeria in 1923 and hardly ever left his City again. He never projected his works outside of Almeria.
His contacts with the architecture vanguard was through normal post with his colleagues and the subscription to the magazine Architecture and his intellectual restlessness.
He worked very much for Almeria and always considered himself to be a privileged person. Guillermo was the municipal architect from 1925 to 1965, 40 years dedicated to his City. One of his biggest projects was the Spanish Civil War Bomb Shelters, more than four kilometres of subterranean galleries with a capacity for the total population of Almeria of the time, 45,000 people. The City Council entrusted him with the Project to save the lives of thousands of citizens from the bombing raids. A total quantity of 754 bombs were dropped on the City in 52 raids, which caused human victims, a semi-ruined City, destroyed buildings and lost historic and artistic patrimony. The Shelters were designed to the smallest detail but were built by the engineers: Jose Fornieles and Carlos Fernandez Celaya with the active participation of the population.

One of Guillermo Langle’s first projects was a neo-baroque building at Flores square where Langle left a piece of his heart. In this building, he lived with his wife, Gloria Trujillo, who died prematurely leaving him widow with an 11 month-old baby boy, Guillermo. Three years later, he recuperated his happiness marrying Maria Jose Granados, with whom he had three children more: the twins Paco and Placido and little Pepita.

He passed his childhood and youth around San Pedro square.

Once the War was over, the entrances to the Bomb Shelters were closed and in 1943 they were converted into kiosks as part of the City’s urban facilities (among others at Marques de Heredia and Urrutia squares, this last one conserves its original structure).

Guillermo Langle also worked on the architectural reconstruction of churches after the War, especially on the Sanctuary of the Virgen del Mar (the Virgin of the Sea). The interior of the Sanctuary was burnt and Guillermo had to restore it carved stone by carved stone and arch by arch; a very laborious but rewarding task. We must also stand out the restoration of the Church of Santiago.

Different architectural styles of Guillermo Langle Rubio:
-Neo-baroque: following the influence of his predecessors Trinidad Cuartara and Enrique López Rull, we have the example of the building blocks at Flores square, Puerta de Purchena and Aguilar de Campoo street.
-Regionalism period at the end of the 20s and beginning of the 30s, a good example were the 1927 building located next to the Almeria Centre of Art Museum belonging to Jose Batlles and the Chalet Montoya a Basque style home made in 1928, breaking with the general urban look of Almeria. Guillermo built the home contracted by a private client, it is situated in the Circular square.
-Rationalist period, the Old Bus Station is a good example (1952), curved and concave lines together with the marquee entrance and two columns give the building movement and make it very innovative and functional. The Bus Station was declared Spanish Patrimony of Cultural Interest.
Other works
– The Chapel in honour of the Virgen del Mar (1953).
– All the architectural work of the 1940s executed in Ciudad Jardin: market, school, church… .
After retiring as municipal architect in 1965, he dedicated himself to his great passion: painting. He died in 1981.