Inicio » What to do » Parks

Almeria is a city that is increasingly expanding its green areas within its metropolitan area. In recent years we have undertaken significant investments in the creation and maintenance of parks for both its citizens and its visitors. The result of this effort is the award received in 2016 by the Families Park, named the “Golden Swing” as the best children’s entertainment space in Spain. In addition, currently Almería has its own APP to discover their parks, their location and activities performed at each.

The Park was awarded the “Golden Swing” as the best children’s entertainment space in Spain. It has various play areas designed especially for children, but also seniors with health areas and bike path. It has fountains, swings, playground and with a clear focus on the history and orígens city of Almeria with dedicated ocean (where stands the lighthouse), movies (a large roll of celoloide) spaces and the Alcazaba Almería.

The park is complemented with drinking fountains and dining areas. 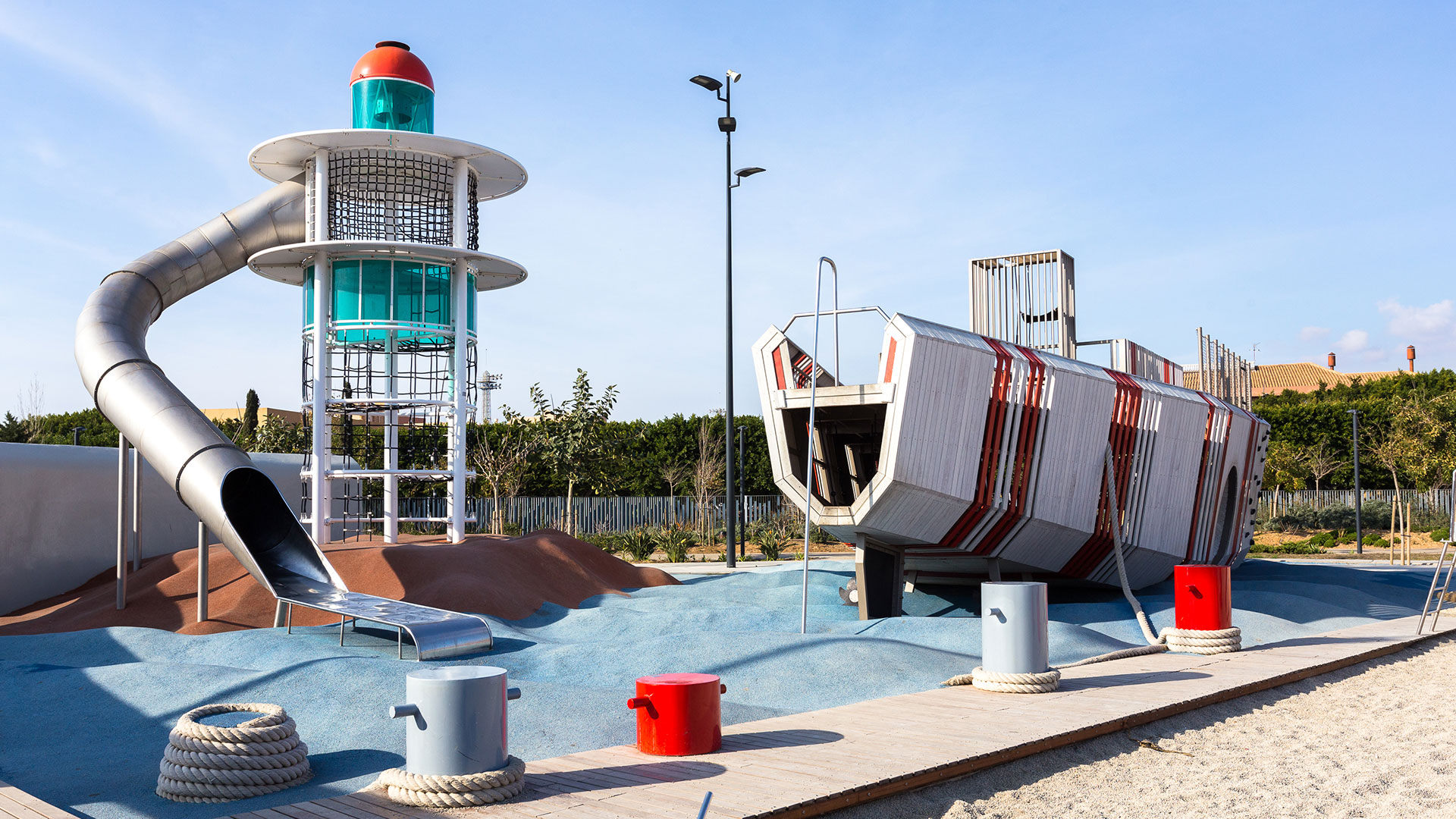 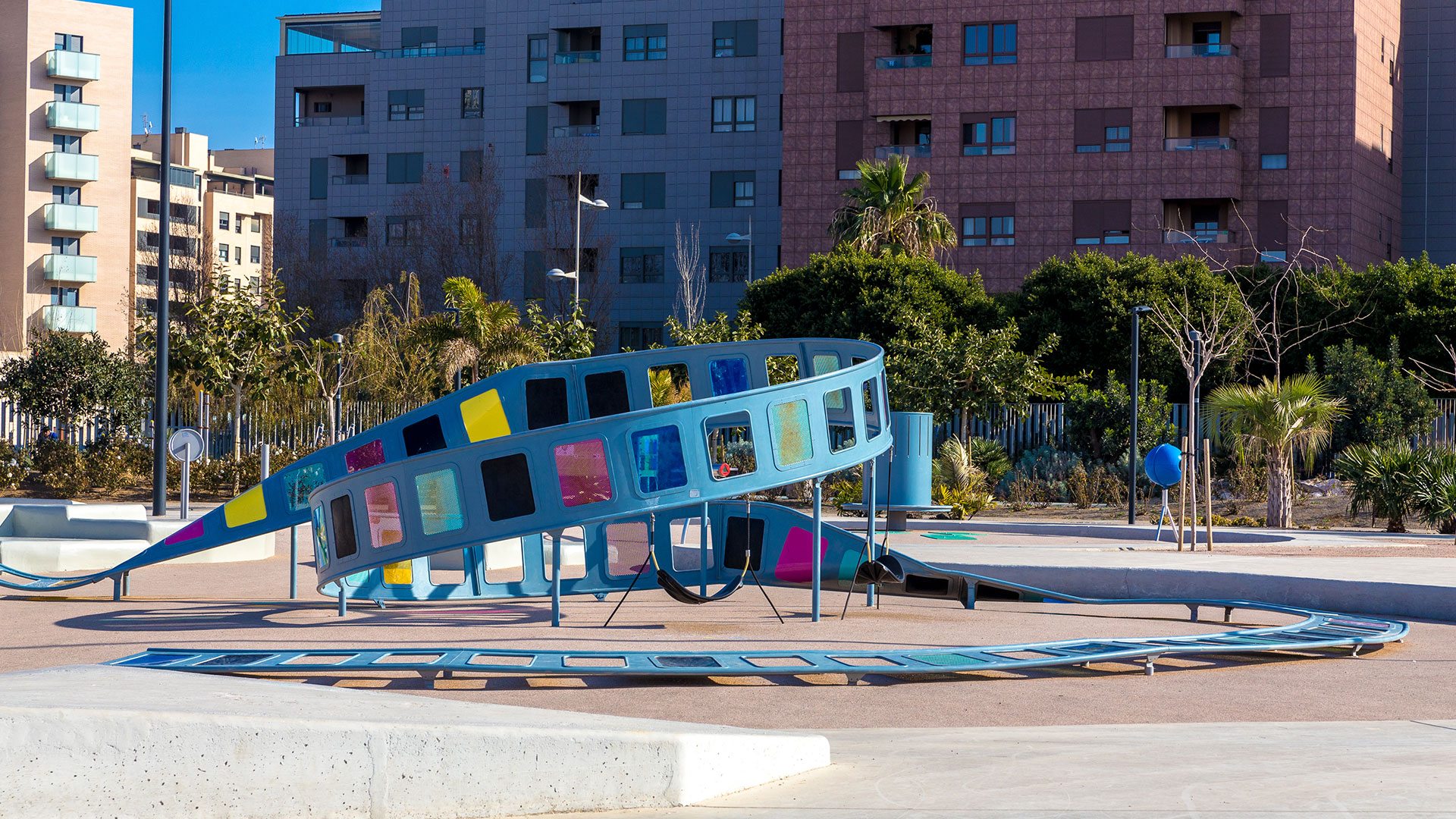 This park, dedicated to Nicolas Salmeron one of the most illustrious Almeria, is between the port and the city.

It is the oldest park in the city and is decorated with fountains, flower gardens, children’s playgrounds, pools and extensive tree cover. Furthermore, it is living history of the city and has been the site of filming movies in the past as Lawrence of Arabia and The Wind and the Lion.

Inside there are some kiosks catering for the people and these can serve as useful starting points for different routes through the historic city centre. 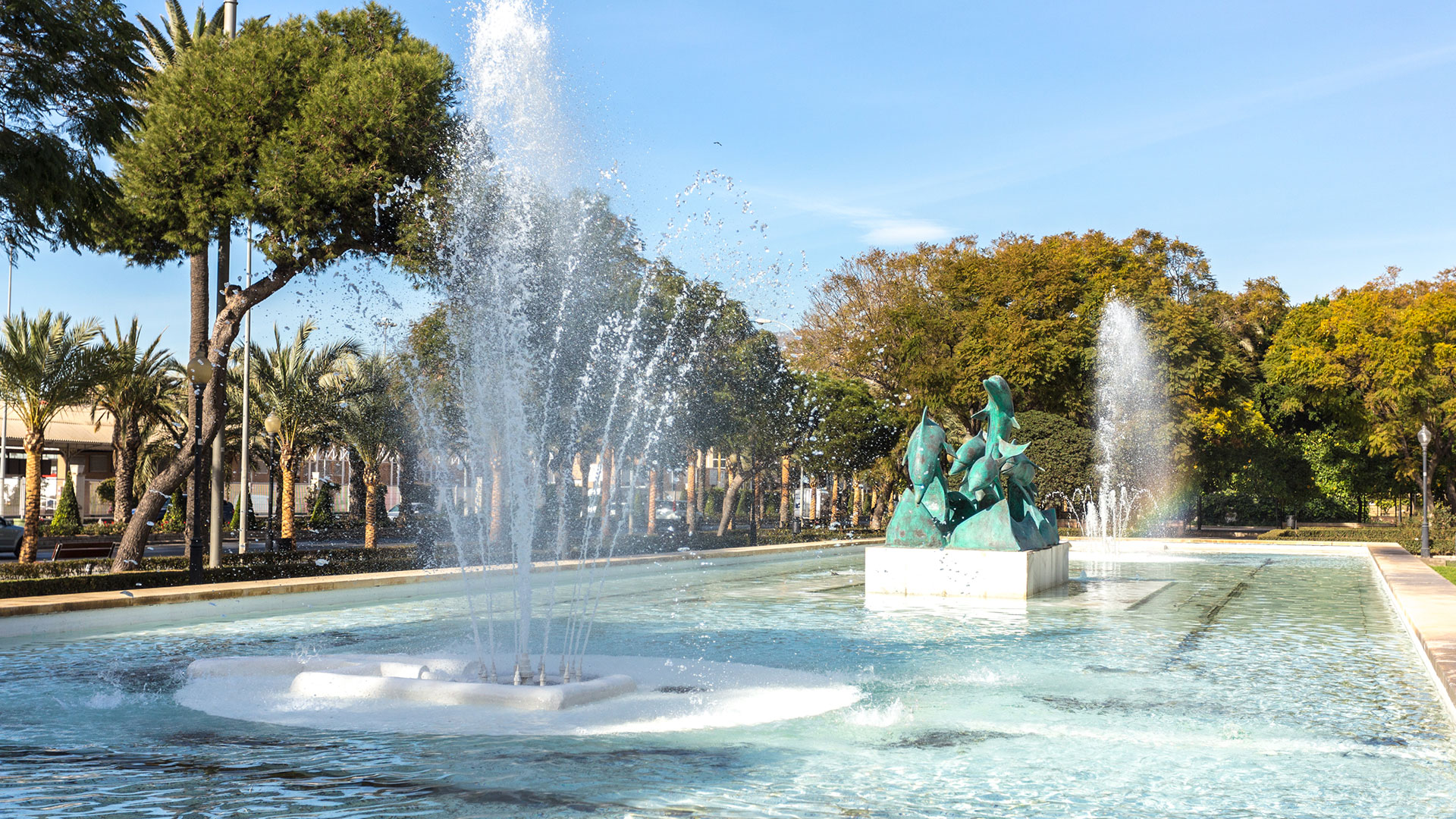 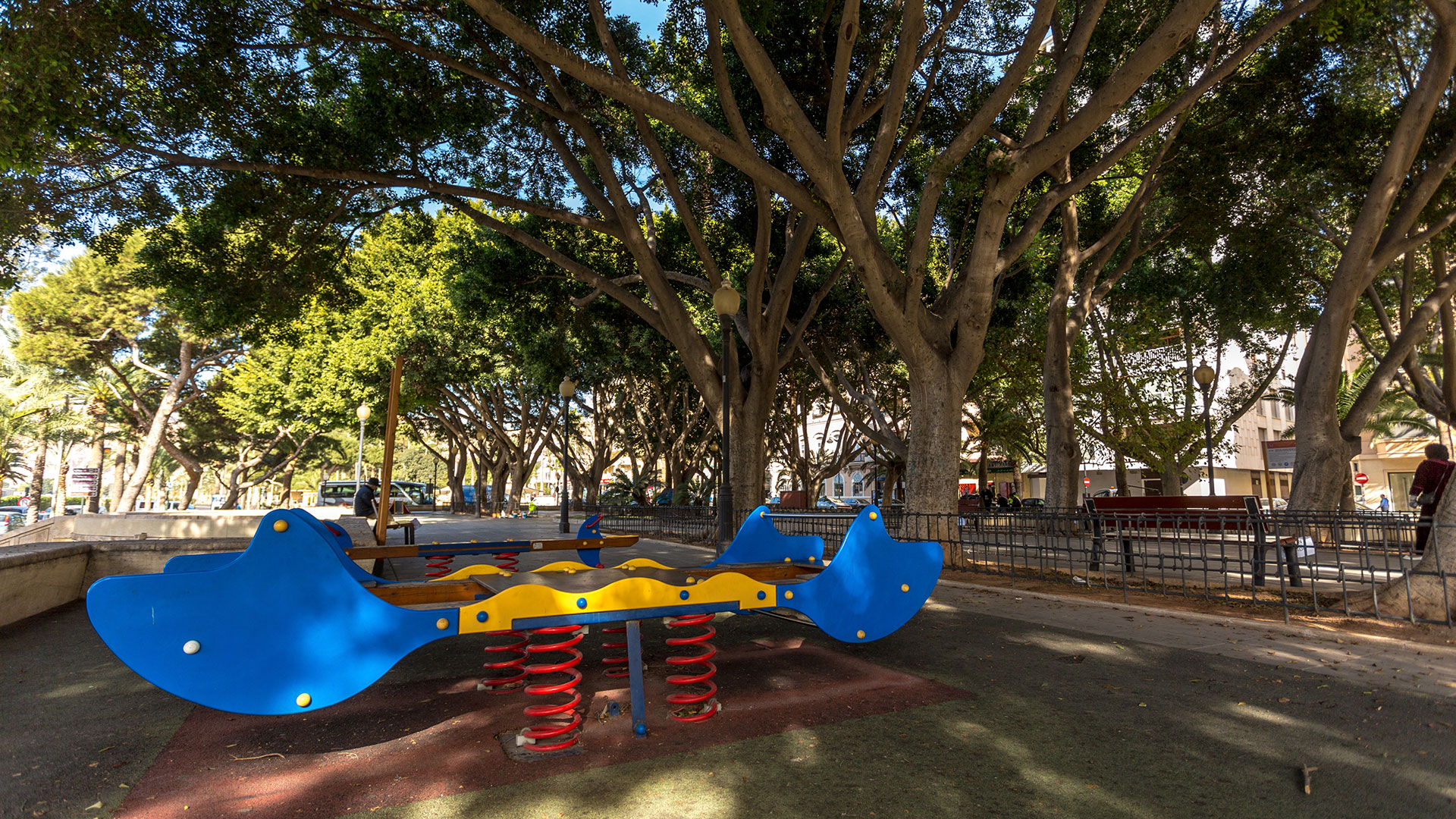 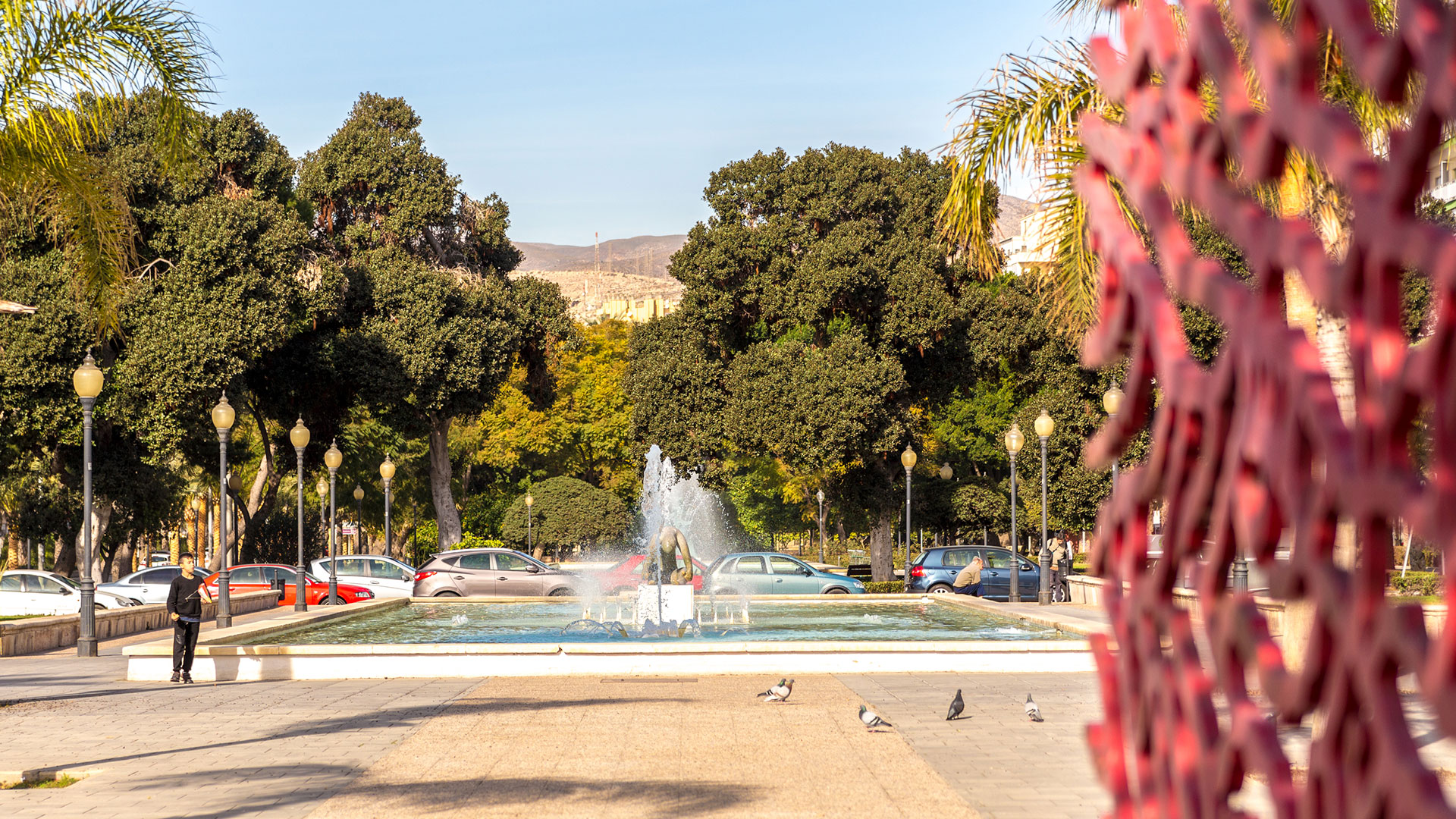 This newly built park runs along the mouth of the Andarax River, east of the city. It is the park which further extends the capital and has many facilities for the enjoyment of visitors. Barbecues, a dog park, a large lake, Arab construction area with pools, gardens of arid flora of the province, bike track, fountains and watering points.

It is a perfect park for sports because of its size, both for cycling, and running. Moreover, the entire park is surrounded by a bike path and also has places to skate. 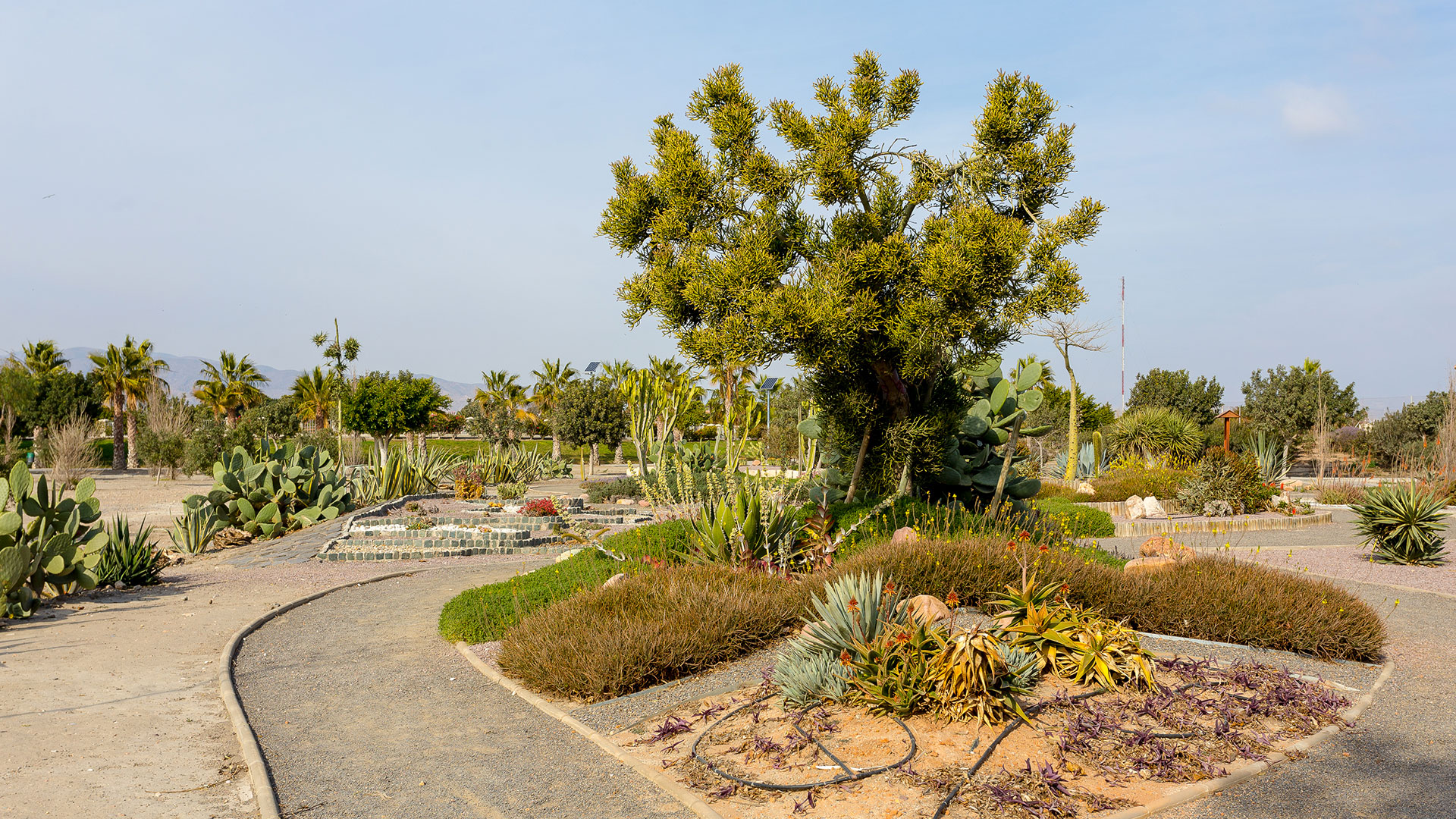 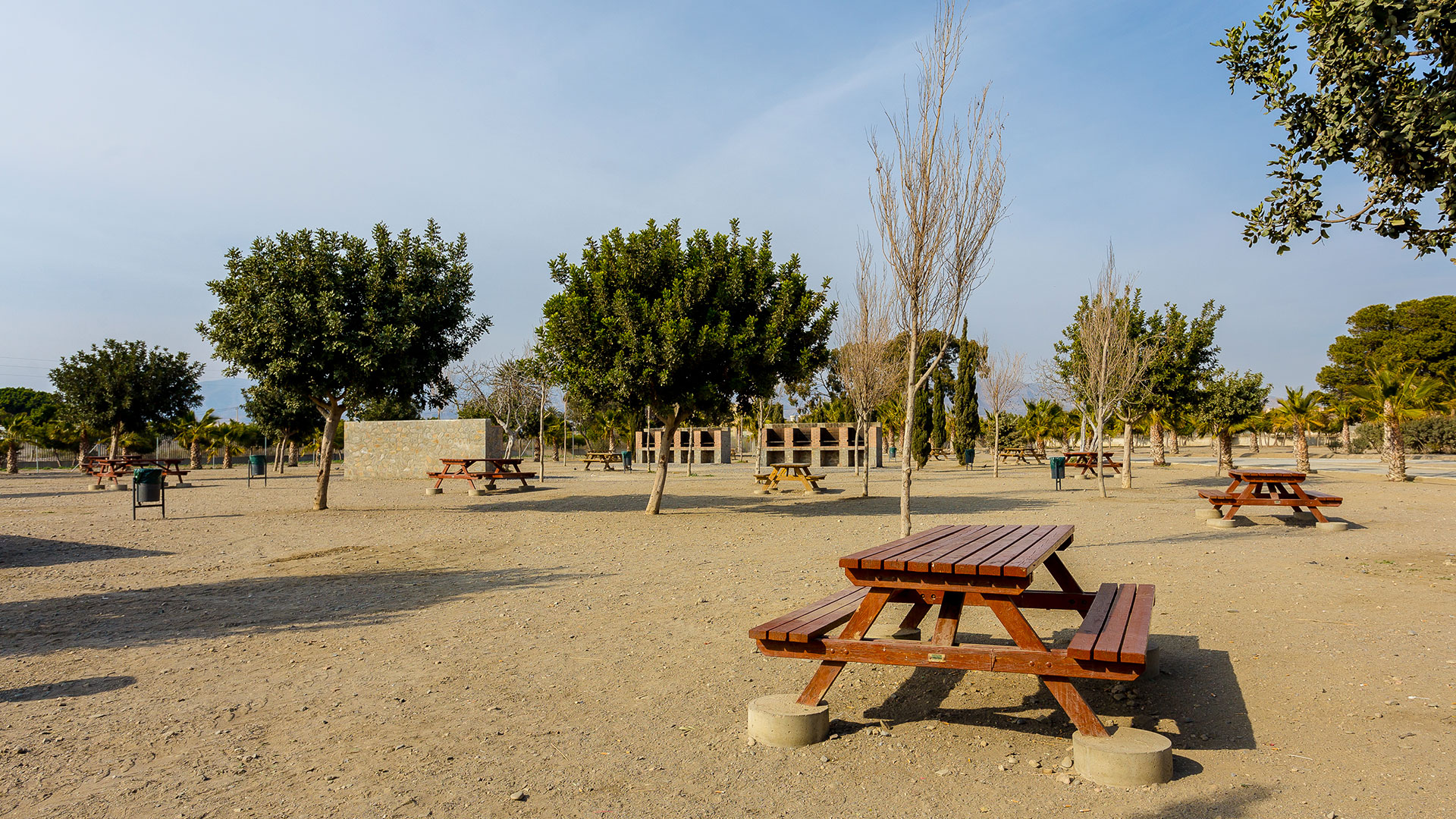 With 14 hectares, this park is to recreate the different landscapes of the province and has over 1,300 trees, 2,000 shrubs and 75 plants. It is located in Los Llanos de la Cañada, 10 minutes from the centre of Almería. The layout of the park in different areas allows us to enjoy Arab area with pools and orange high mountain areas, desert zone, etc. It also has a playground with slides, swings, zip line, as well as benches and tables for both rest and to eat. It also has a bike lane full extent that is also used to running area. 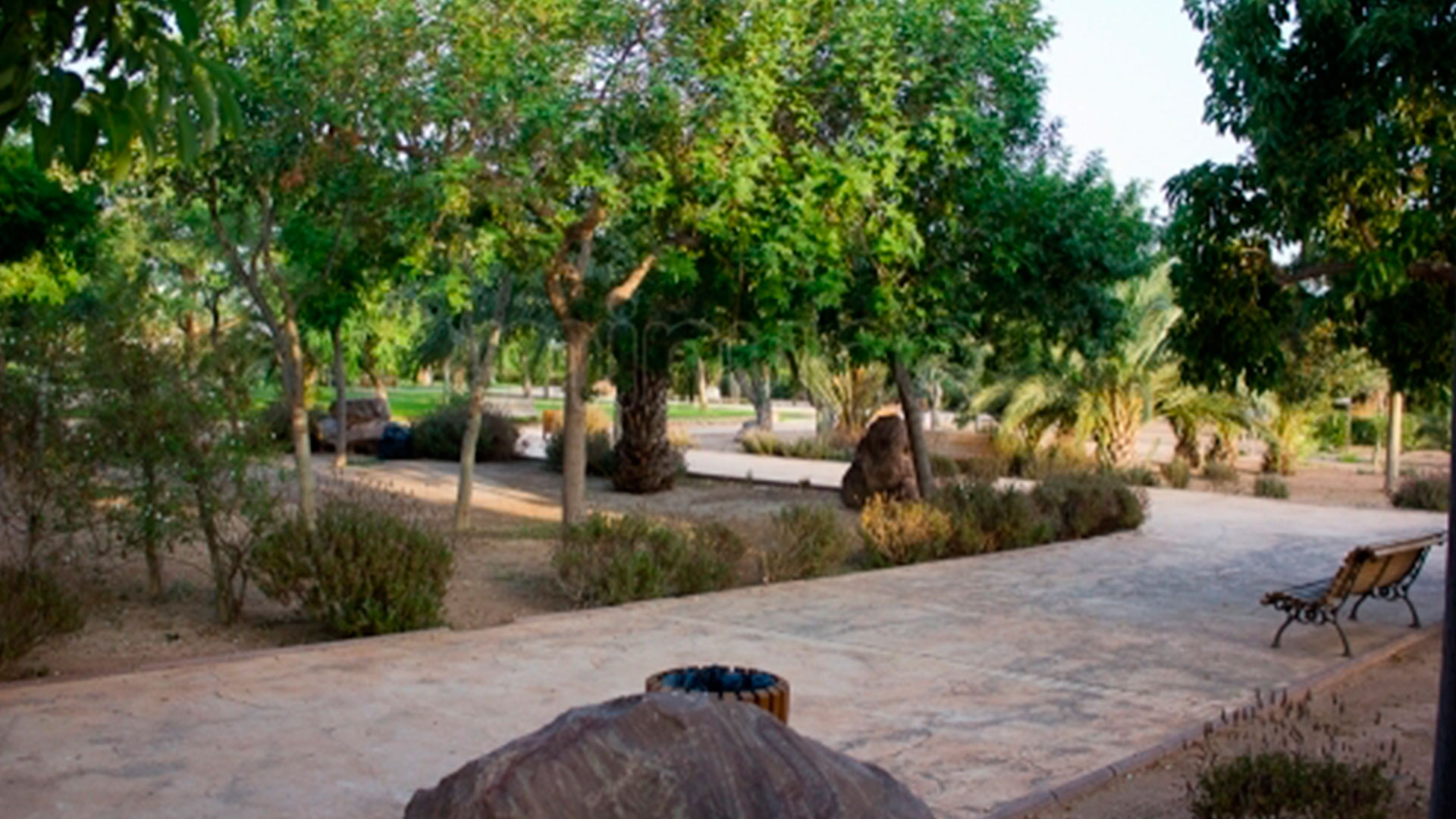 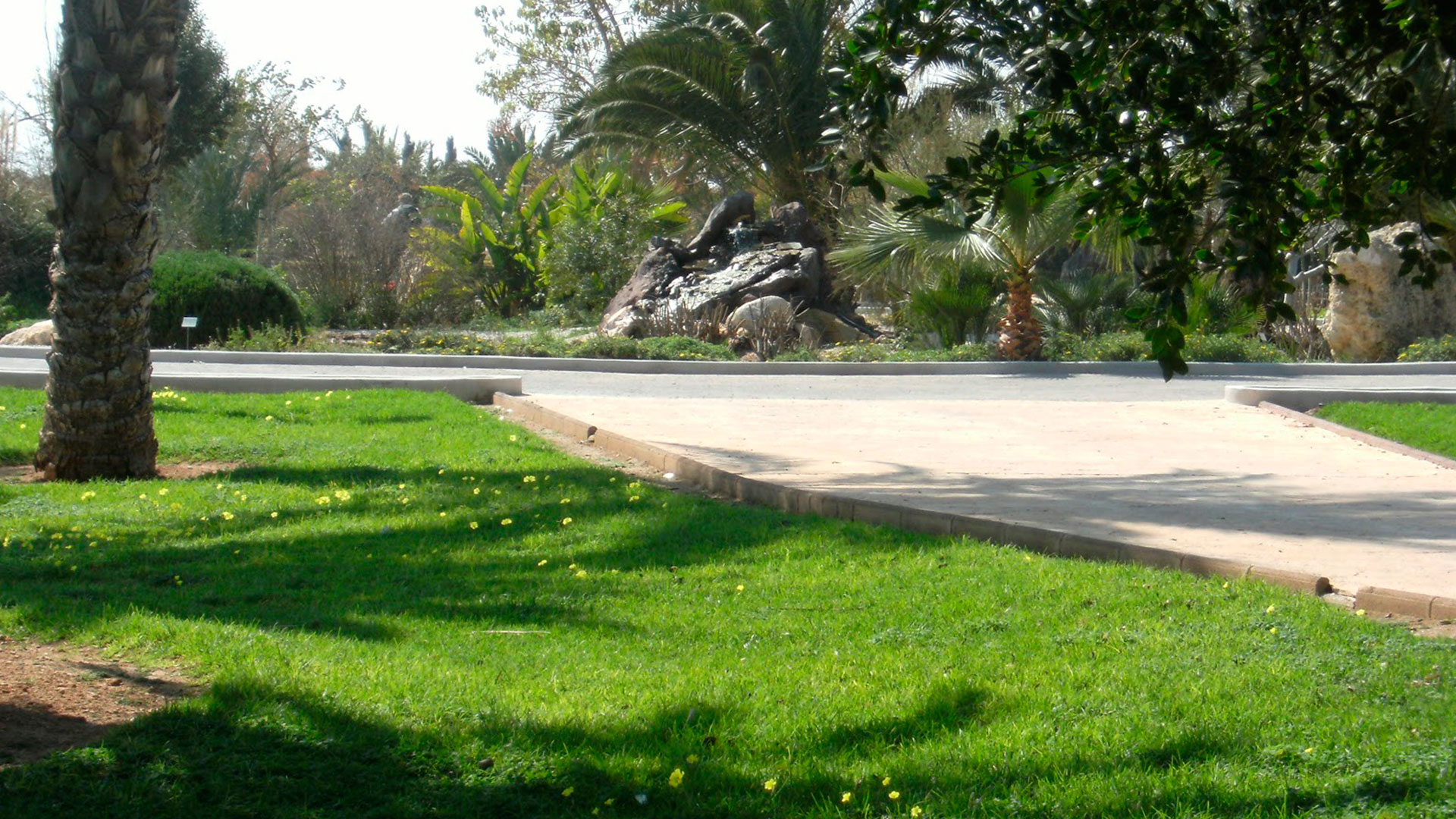 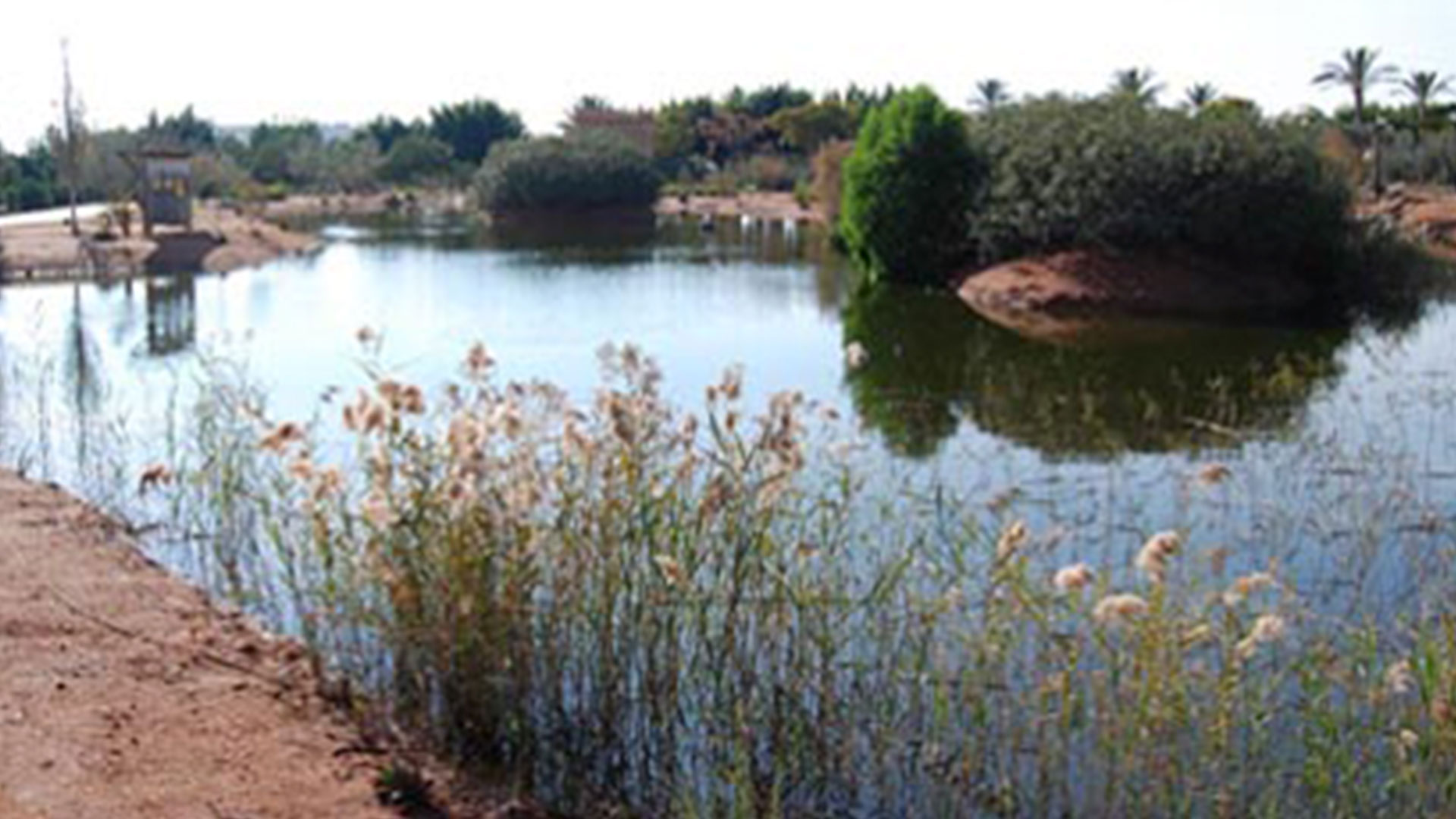