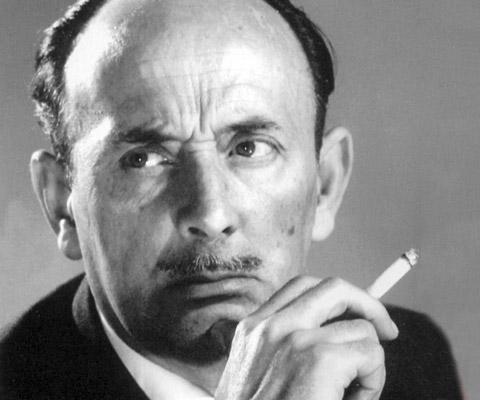 Jesus Perez de Perceval del Moral was a painter, perhaps influenced by his grandfather. At the age of 12, he entered the Arts and Crafts school where he began to be known. Being of a privileged social position, he was able to visit Madrid assiduously where he indulged himself in art. He would pass long hours drawing in the Cason del Buen Retiro park and Pardo museum. In 1934, he was awarded with the Gold Medal of the President of the Republic. In 1936, Jesus de Perceval obtained great recognition in the National Exhibition of Belle Arts in Madrid. At the beginning of the Spanish Civil War he was forced to move to Valencia, where he created several propaganda posters for the Republic and in 1937, he was awarded the Gold Medal in the Universal Fair in Paris, where he exhibited several antifascist paintings. Once the War was over, he returned to Almeria where he was named Provincial Advisor for Arts. He collaborated actively with political and religious authorities to restore the artistic patrimony of the City, especially the religious imagery of Christ.

Jesus travelled continuously to Madrid where he met Eugenio D’Ors.

At the beginning of the 40s, Jesus de Perceval was an artist of reference in the art scene in Almeria. He focused on different art forms which permitted him to implement his vision of art and culture in many areas influencing the aesthetic vision of his works. He, therefore, participated in the local world of ideas and in art and culture round tables which took him to found the Indaliano Movement. The founding of the Indaliano Movement was conceived in the La Granja Balear café. Jesus would invite young painters from the School of Arts and Crafts (Capulino, Cañadas, Canton Checa, Alcaraz y Lopez Dias) and all of the sudden, they were accepted by the most important cultural authorities of the City. This was how Perceval’s concept of Mediterranean Art took shape; it took the name of Indaliano Movement and the concept of Indalianas was born. In 1947, this all culminated in a group exhibition in the National Museum of Modern Art in Madrid.
At a personal level, Jesus was very influenced at the time by the painter from Granada: Vazquez Diaz.

During the 50s and 60s, he painted murals in Granada and Almeria.

In 1971, he obtained the Gold Medal in the Alboran Naval Week Painting contest.

In his later days, Jesus was influenced by Zabaleta and Dali, from whom he copied certain attitudes and body language. The arrival of tourism and cinema in the 60s made him more famous and took him to take interest in photography.

Perceval as a painter had several periods: the young stage (from his beginnings, till the moment he founded the Indaliano Movement) he was characterised as a figurative and tragic painter, using dark colours, concrete strokes, limiting areas by playing with light and shades. He began to introduce himself in the world of light, express his art through numerous compositions: women’s heads with concrete strokes and accentuated round forms, allegoric landscapes, portraits and auto-portraits with dark tones and melancholic faces; the second period coincides with the beginning of the Indaliano Movement and ends at the beginning of the 50s, during this time, Perceval would meet Eugenio D’Ors, both coinciding in aesthetic tastes. Eugenio D’ors would support Perceval as he recognised him as one of the great Spanish painters. During his stay in Madrid, Perceval, due to his paintings, was considered unanimously by the critics as a brilliant artist. In these years, Perceval had an Indalian aesthetic: classic faces with new expressions and bright colours. He used the encaustic painting technique in the majority of his paintings with very delimited line forms and great detail. The masterpiece of Perceval’s art, where all his art and technique are present, is the Degollacion de los Inocentes: composition, delimiting forms, great detail, usage of colours and shade and light contrasts as a summary of all his work.

The third and last period includes the 1950s till Perceval’s final days (1985). It is the most commercial Perceval; the themes are heads, unusual landscapes and symbolic scenes.
The first painting had short and sure strokes, charged with oleo, with non-concrete forms: the last paintings have faces with very fine and soft strokes and figures framed in oval shapes. In the Chanca as in the faces, the differences can be appreciated. The first paintings have cubist influences without coloured canvasses but with oleo and short strokes reflecting great luminosity. Landscapes are unreal which seem to float in the air; this denotes a great technique creating forms difficult to describe.

Jesus de Perceval was a controversial, witty and ironic character which is the pillar of culture in XX Century Almeria. He left his mark in Almeria beginning with the Indalo, the symbol of Almeria and his varied work.

He was friend of Juan Antonio Cuadrado Ruiz. Archaeologist and first director of the Archaeological Museum.

Perceval met Camilo Jose Cela as his father was Customs chief of Almería. He was born at Eduardo Pérez street (old Cid street).

Perceval lived at number 26 Jesús De Perceval street, next to the Franciscans; he lived there until moving to Eduardo Pérez street where he had his workshop.
He is the author of the Fish fountain together with his marble workshop ( Galvez). Guillermo Langle, the municipal architect approved the project.
He is the author of the Relief of Saint Valentines, that the City Council placed at Campoamor square and financed by popular donation.
The retable stands out in his imagery and Michael Angelo was his favourite Renaissance artist.

In 1941, Jesus de Perceval founded the Indaliano Cultural Movement in the Granja Balear café, located opposite the Habana and below the first Villaespesa library.
It has been 65 años since the symbol of Almeria the Indalo was conceived. It was named after a man from Pechina village (Indalecio) and took the form of the symbols in the houses of Mojacar.
Café Colón was the place of reunion.

Rountables were organised in the Circle Mercantil, Casino Cultural and the Aljibers.

Jesus me Picasso at the I Internacional exhibition in París in 1937.

His wake was held in the San Indalecio chapel in the Cathedral.