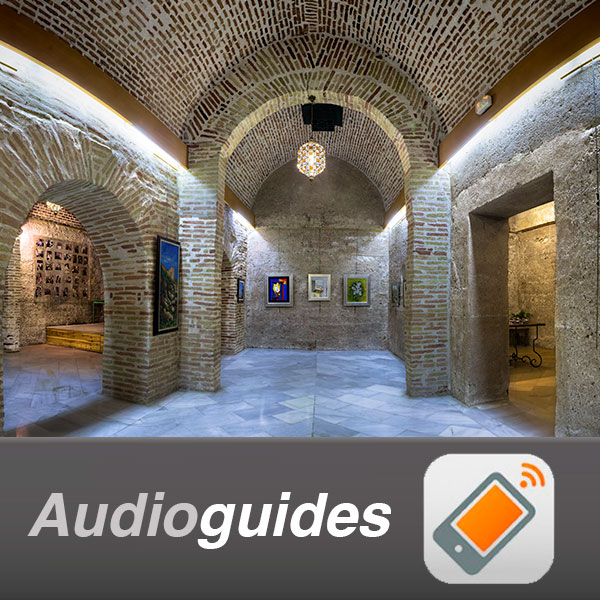 During the Moorish era, Almeria did not have a water supply network to the houses, and thus cisterns, fountains and fonts were made. King Jayran, who reigned from 1012 to 1028, commissioned the construction of this big water reserve which was finalised during the reign of his successor, Zuhayr (1028 – 1038).

The hydraulic network brought water from the Alhadra springs, called Round Spring and Long Spring (Fuente Redonda and Fuente Larga), in the present-day quarters of Los Molinos and El Puche, through canals, wells and water wheels to the highest part of the old city, the Puerta de Pechina, presently Puerta de Purchena, to subsequently use gravity for its distribution through channels. The Moorish Cisterns had a capacity of 630,000 litres, sufficient to supply the city during a long siege.

Three interconnecting naves are preserved in the cisterns – the entrance of which is in calle Tenor Iribarne – each with a surface of 15 by 3 and a half metres, built with solid bricks and arches.

The network was extended during the reign of King Ibn Sumadih with a new canalisation up to the Great Mosque, currently St. John Church in the Medina Quarter, supplying new public fonts in this quarter at the foot of the Alcazaba.

Since 1968 it is the seat of the Flamenco Circle ‘El Taranto’ and after an exhaustive refurbishment by the City Council, its 260 m² of space also serves for exhibitions and conferences.
Together with the Alcazaba and the remains of the Great Mosque, the cisterns of Jayran constitute one of the oldest monuments of the city and one of the most important remnants of the splendour of 11th century Almeria.