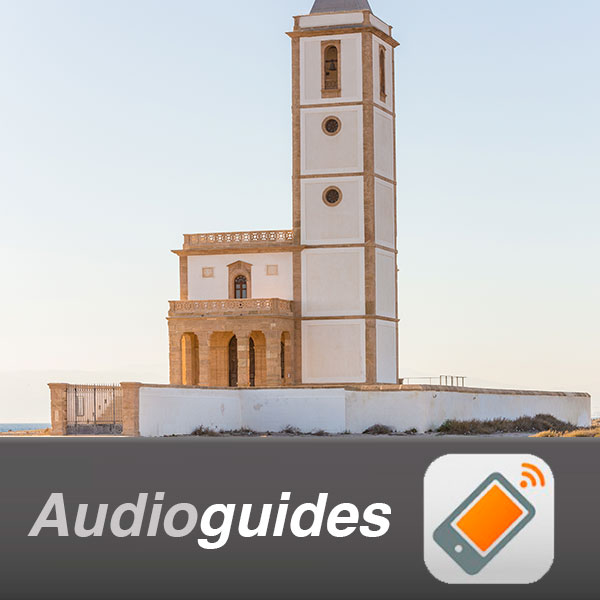 The Church of Salinas is the hallmark of the Salinas de Cabo de Gata. Its design emphasizes its monumental entrance portico and slender and singular bell tower, with the characteristic image of the natural landscape.

It was conceived for religious worship of workers in Salinas, and it was inaugurated in 1907 and was funded by the Acosta family, owners of several companies in the area salineras. Its main objective was to facilitate the cult although employees of the company, also attended and held there religious ceremonies surrounding residents.

Its bell warned of festivities and of disaster, being the bell the key point of control of both the coast and the surrounding areas dedicated to the salt works.
On 25 December, 2004 Mass was celebrated for the last time. Sporadically they were performed religious ceremonies and baptisms, always with special permits from the Bishop, has also been used for activities related to leisure and culture activities. From that date the abandonment and deterioration was increasing with obvious risks of collapse. The church in 2011 was victim of a brutal attack with false satanic painted inside. The protests and concern among neighbours who did not wait demanding the urgent restoration of their church.

Finally, after the restoration and rehabilitation of the Church, the city of the capital made available at the bottom of the building a hall for exhibitions and Tourist Information for the Natural Park.