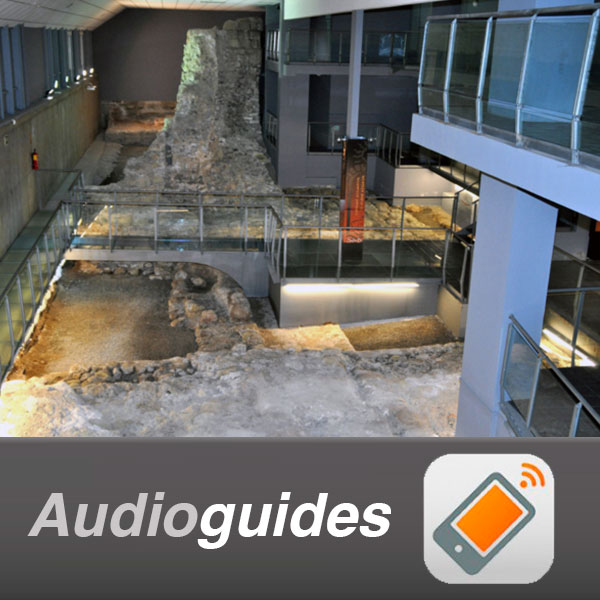 The interpretation centre ‘Puerta de Almería’ (‘Gate of Almeria’), inaugurated in 2006, houses part of the 10th century seafront wall of the Medina Quarter in the Caliph era. In addition, a Roman-era fish-salting factory is preserved here.

The Centre has a didactic function with audio-visual panels, illustrative photos and maps where the origins of the city of Almeria are detailed. Special attention is paid to the Port of Almeria, which was one of the most important ports of Al-Andalus during the tenth and eleventh centuries.

The stretch of wall, 45 metres of fortified line interrupted by a passage of 6.1 metres wide, belonged to the belt of town walls that encircled the town to its south, i.e. the sea side. The construction of this wall dates from the mid-tenth century but, given its location, was used during the whole Islamic period and preserved until the 19th century when it was torn down to open access to the sea.

Remnants of a gate between two square towers guarding the entrance are still visible in this stretch of wall. This gate, with only its foundations preserved, measured 6 metres and given its proximity to the place where boats were built and repaired, is believed to possibly be the Puerta de las Atarazanas (Shipyard Gate).

At the northern side of the museum, six fish-salting basins carved in the rocks can be found. These basins were used between the end of the first and end of the fourth century, possibly one of the few visible testimonies of Roman presence in Almeria. Fish-salting was a typical industry of the coastal areas, very common in the south of the peninsula and northern Africa. This industry formed one of the fundamental pillars of the economy and commerce in these maritime enclaves. Salting fish was indispensable for its preservation and was the only way to bring it to the inland towns.