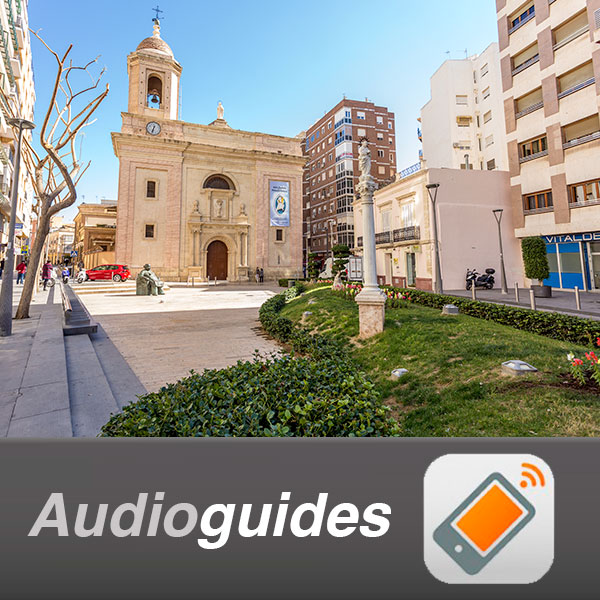 The location of San Sebastian square and church was since the 11th century one of the most populated areas of the city, where all roads coming from the East crossed. In the 18th century, this spacious area was categorised as ‘square’. As regards decorative elements, currently, there is a small and simple monument to the Virgin, erected in 1800 and restored after the Spanish Civil War. We can also observe the bronze statute called “La Espera” (“Waiting”). This work by Javier Huecas, was finished in 2008 and represents a woman at her household chores taking a break.

Curiously, temples usually give their names to the squares where they are located but in this case it is the opposite: the square gave name to the church.

In the Arab era there was a mosque that after the conquest by the Catholic Kings was converted in 1489 into the Hermitage of Saint Sebastian. The current church was built in 1673 and was named Saint Sebastian of the Market Gardens, as it was located in the so-called Quarter of the Market Gardens (Barrio de las Güertas), next to Puerta de Purchena, outside the old walled city. It was blessed in 1679 by the bishop of Almeria, Antonio de Ibarra, whose arms appear above the lateral entrance.

The temple possesses a characteristic polygonal tower and two entrances, and is built in Baroque style with neoclassical elements, such as the principal facade, work of architects Ventura Rodríguez and Juan Antonio Munar, which was finished in the 18th century. Other characteristic elements are the dome and the impressive buttresses. Its main altar shows a carving of the Christ of Love, work of Jesús de Perceval. Present noteworthy images are of Saint Felix, Saint Sebastian and Saint Anthony.