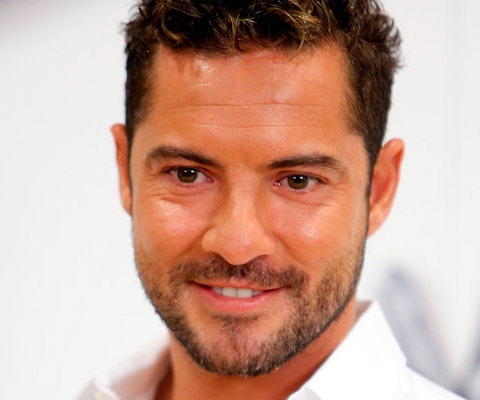 David Bisbal was born in 5 June 1979 and has been a professional musician since the age of 18, when he was hired to sing with the Expresiones orchestra.

He abandoned his studies in 2nd year of secondary school and signed up in a forestry school workshop and worked in a plant nursery.

In 2001, he was one of the 16 participants chosen to participate in Operacion Triunfo (Fame Academy). A Contest to choose the best singer and the Spanish participant in the 2002 Eurovision contest. David finished among the last three participants which permitted him to record a album with the music company Vale Music.

His first album produced in 2002 was called Corazon latino was produced. Recorded in Miami and produced by the prestigious Kike Santander, the CD was a complete success. Songs such as Ave Maria and Llorare las Penas went up to the top positions in the music charts. Bisbal was not just a reality show star but a true artist revelation.

In a short time, Bisbal became one of the best selling artists of the Spanish music scene. Corazon Latino broke all records for a new artist in the Spanish music industry: one million albums sold in only 6 months, 1 million and a half after one year.

He was given the Ondas award in 2002 for Corazon Latino and he also received nominations for best novel artist and Amigo Award for the best artist revelation and best album.

David’s success is not only reduced to Spain. In 2003, Bisbalmania crossed the Atlantic and David was very successful in Latin America: 80 concerts in big and full venues, hundreds of front pages, performances in uncountable TV programmes and important events such as Billboard Latinos or the Viña del Mar festival in Chile.

David Bisbal has also triumphed in the 2003 Grammy Latinos: received the Best New Artist award and was nominated in the category of Best Men’s Vocal Album for Corazon Latino.