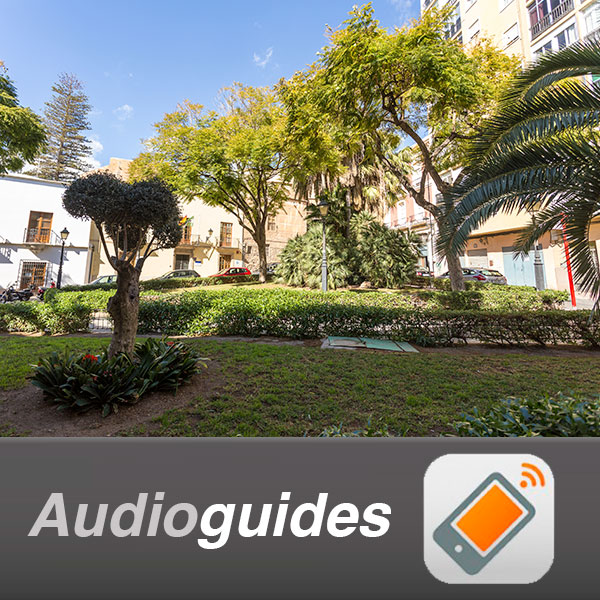 This secluded square, located behind the Cathedral, is designed between the eighteenth and nineteenth centuries and it is located ‘The House of the Puche’, the oldest house in Almería, in the seventeenth and eighteenth centuries. The family of Puche was an old noble family that came to Almería with the first Christian settlers in 1494. The house has two floors: the top, for housing owners; and lower service personnel. The interior is distributed around a central courtyard and today has been restored to become a museum of the Brotherhood of Arrest.

In this square, also located ‘The House of Music’, current seat of the Provincial Tourism. It is a restored nineteenth century building, which contains a very attractive patio.
From this square the defensive bastions of the cathedral-fortress, which correspond inside the chapels of the ambulatory and from one of them, the octagonal, corresponds to the Chapel of the Holy Christ of listening, and carved in stone can be found the Sol de Portocarrero, emblematic symbol of the city.

In the centre of the Plaza is the bust made by Jesus de Perceval to the poetess Celia Viñas, who worked as a teacher in the first institute of secondary education of Almeria, during the postwar years.