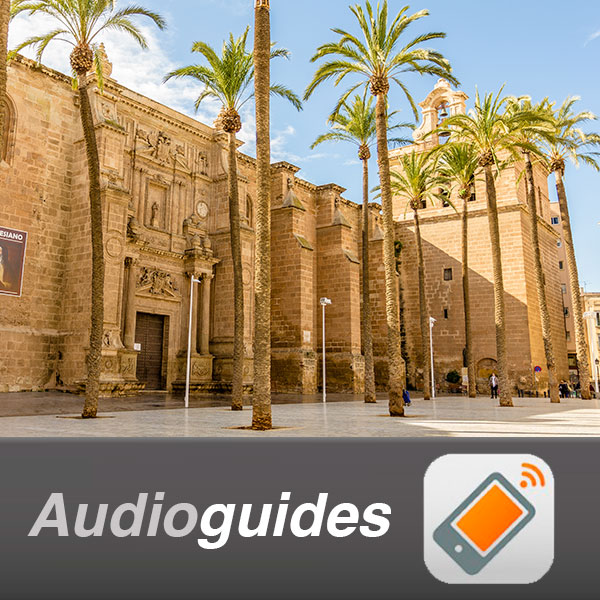 The first Cathedral of Almeria, which was situated in the old mosque was destroyed by the great earthquake of 1522. Therefore the Bishop Fray Diego Fernandez de Villaran decided to found a new cathedral, whose work begins in 1525.
The present Cathedral of Almería has a special feature: it is a cathedral-fortress. Its structure strength clearly seen abroad through its massive masonry walls, buttresses and towers at the corners. The two Renaissance covers are built by Juan de Orea mid-sixteenth century, highlighting the main entrance presiding Cathedral Square.

On Calle Cubo, you can see the sun Portocarrero, emblem of the city of Almeria, carved in the stones of the cathedral.
The interior consists of a living plant and late gothic structure. The main altar, which was remodeled in the eighteenth century, has eight canvases with scenes from the life of the Virgin and two reliefs of the sixteenth century. In the center of the Altar, is a tabernacle of S.XVIII worked in marble, jasper and alabaster. Other points to note are the choir stalls and sacristy, Renaissance works built by Juan de Orea. The choir and the cloister are Neoclassical.

Its most outstanding chapels are located behind the main altar in the ambulatory: Chapel of San Indalecio, (Patron of Almeria Church), Capilla del Cristo de la Escucha (inside is the tomb of the founder Bishop) and the Chapel of Our Lady of Mercy.