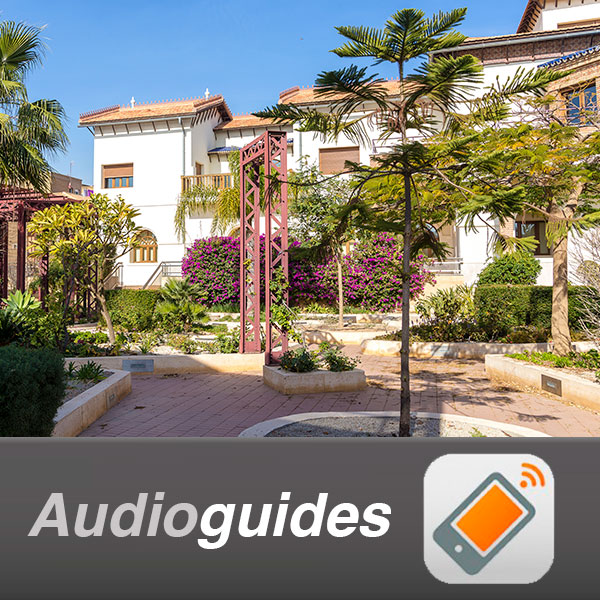 The house began as private housing owners of a large estate called Santa Isabel. The House farmhouse dates back to 1866 and falls under the prototypes of bourgeois homes built on the outskirts of the city. There have been many people who have passed through this house thanks to their social or professional status, prestigious people in economic and social life of the first half of S XX.
In the late 70s, the house falls into oblivion until, in 1991, the City of Almería acquires the property. It has been restored by the City to be intended as ‘Casa del Cinema’, thus honoring the splendor of the world of celluloid in our city and province. The interior of the Romero-Balmas house is a museum: it is a ‘Home Movie’.

It consists of a main entrance, reception functional space, attention and information to visitors. The museum space is divided into several rooms where a presentation of the history of the house is done, with a combined integrated setting with audiovisual resources. Behind her enjoying a descriptive part, to publicize the film past of the province.

One of the highlights is the projecting, 3D, the famous runnings of both the city and the province of Almeria; plus many surprises, like a trip back in time whose destiny is to find the time John Lennon, the former Beatle, lived in this house and composed the song Strawberry Fields Forever.