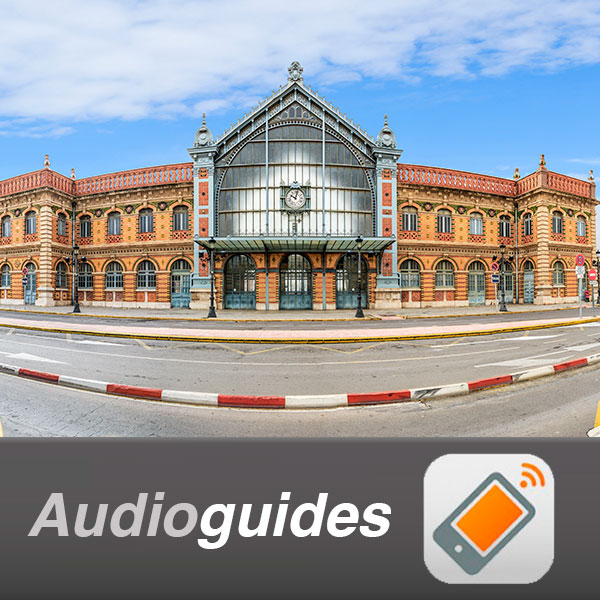 The railway station was built in the eastern part of the city between 1890 and 1893 by the Southern Railway Company of Spain, which contracted a French company for both the construction of the station and the railway line between Linares and Almeria. This company, Fives-Lille, commissioned architect Laurent Farge, a pupil of Eiffel, for its design. The building was inaugurated with the Guadix – Almeria line.

The train station of Almeria is a perfect example of the steel and glass architecture of the end of the 19th century and the beginning of the 20th century. The design of the central body is a clear example of this, with extensive use of steel and stained glass in its structure and a clock in the centre.

In the lateral wings, which give the building a symmetric outlook, steel and multi-coloured, decorative bricks are combined, with ceramic tiles in bright colours, red, green and blue, which recall the beautiful examples admired in France during the World Exhibition of 1889. The “A” of Almeria recurs in some of the ceramic tiles.

The station arose out of the necessity to transport minerals and thus foresaw ample space for the railway lines to connect with the Cable Inglés (Ore Dock), which used big rail wagons to store and further ship the minerals by sea to England and other countries. Over the years, other goods were received and transported, and passenger transport was installed.

The station was affected by the Civil War when two air-raid shelters were constructed underneath. These were uncovered during the renovation works in 1988-1991.

In 2005, the nearby Intermodal Station took over its functions.