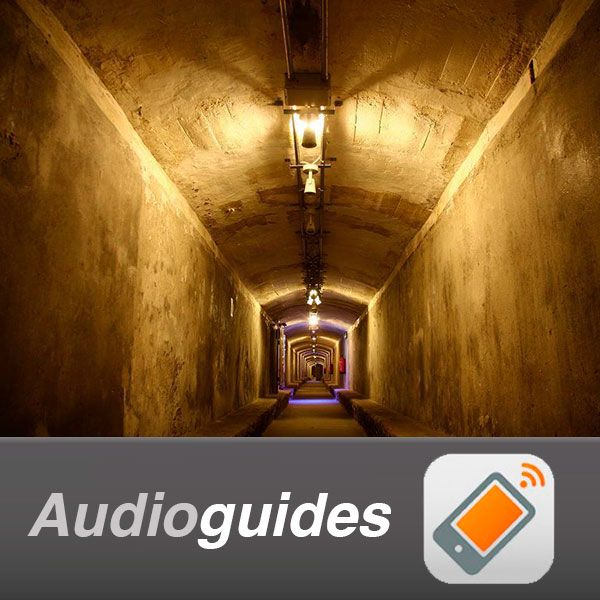 Of the 4.5 km designed by architect almost 1 km has been recovered, which coincides with the main artery. Paseo de Almería, although other sections of tunnels are scattered throughout the neighbourhoods. Shelters came to house 34,144 people when, at that time, Almería had a population that was around 50,000. The almerienses not sheltered in the galleries, they took refuge in natural shelters such as caves of La Chanca or iron ore deposits.

After the war, the access points were concealed with a series of kiosks that become part of the city street furniture, kiosks of which still can be seen in some places.
The shelters were never again used and the tunnels have remained dormant until December 2006, the restoration carried out by the city of Almeria, was completed. Currently, they have the a variety of spaces: A pantry store, a private retreat where Guillermo Langle Rubio honors and you can also visit the operating room, which has an instrumental during the period. Today they have become the biggest Shelters in Europe which are open to the public.