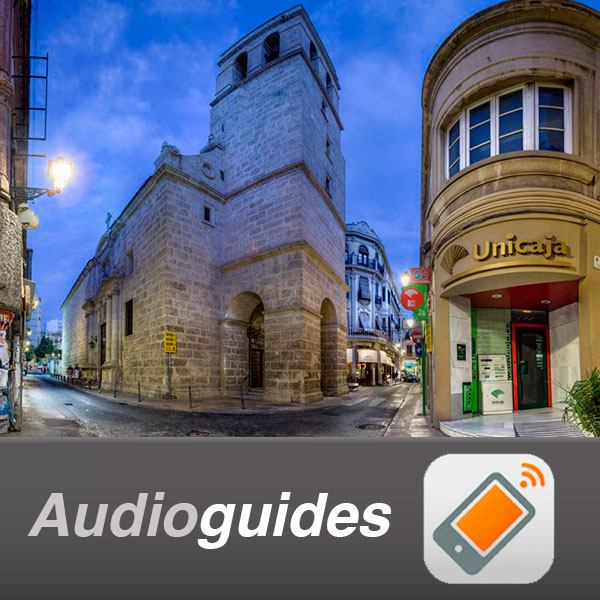 The church was founded by the Catholic Kings in 1494, only five years after the takeover of the city by its monarchs. It was one of the four parishes or boroughs in which Almeria was divided during its Christianization. At first, the church was installed in the premises of the present Convent of the Poor Clares and later moved to its current location, next to the old hermitage of Saint Lucy, the façade of which was integrated in its interior.

The new temple was designed by architect Juan de Orea at the times of Bishop Diego Fernández de Villalán and built between 1553 and 1559 in Mudéjar (Moorish) style, and later converted into Gothic style during the Renaissance.

The most representative element of its exterior is its lateral facade, designed as an altarpiece in two parts: the bottom with the entrance door flanked by two pairs of ionic columns with crosses and shells in between of Saint James the Pilgrim, the patron saint of the temple; and the top which is of great symbolic and iconographical significance with a high relief of Santiago Matamoros (Saint James the Moor Slayer) on horseback and dressed as a soldier, victor over a group of infidels, representing the Christian triumph over the Moorish population, the majority in the area at the moment of its construction and intentionally located in the street with the most traffic in the city, on the road from the Medina Quarter to Puerta de Purchena. The scenery of this facade was easily visible from the little square that existed at that time and that disappeared when the Calle de las Tiendas was realigned in the 20th century.

Its interior suffered many changes since the fire during the Spanish Civil War, when much of its imaginary was lost such as the Virgen de la Soledad (Our Lady of Solitude) and its Mudéjar coffered ceiling. This decoration was replaced by new images and altarpieces brought from other parts of Spain.

We find ourselves facing a temple which is easily recognisable by its bell tower, historically the oldest church in Almeria.