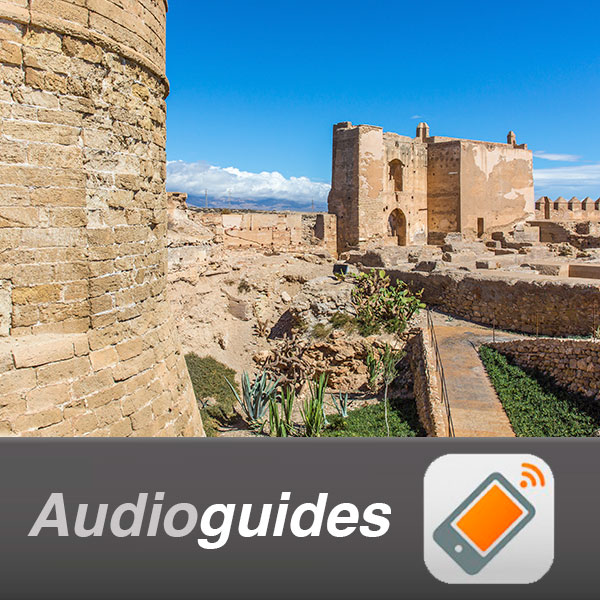 The Alcazaba, with its walled perimeter 1430 meters, is one of the largest Muslim construction of Spain. It was built at the behest of Abderrahman III in the tenth century after the founding of the city. It is a strength that has three campuses, the first two Muslims and the last Christian, built after the conquest of the city by the Catholic Monarchs, which occurred in 1489. The fortress is situated on one of the highest hills of the Medina.

The first site, now occupied by gardens, sheltered housing, a well with a Ferris wheel and a well, plus orchards. This exhibition closes the wall of the candle, chaired by the bell Santa Maria de los Dolores.
The second enclosure is divided into two areas: the public area where we find a Aljibe Caliphate of S. X, homes rebuilt with musealized interior, the hermitage of San Juan and a beautiful pool. In the private area we can see very important archaeological remains that were part of the palace of King Almutasim of S. XI.

The third enclosure of the fort is a Christian and was ordered to be built by the Catholic Kings after taking the city. Inside is a parade of triangular shape that has several towers, the most important of which is the Tower of Homage, where you can still see remnants of the shield of the Catholic Monarchs.
The Alcazaba, located in a strategic place to defend the city, we can now see from it the best views of Almería and the bay.