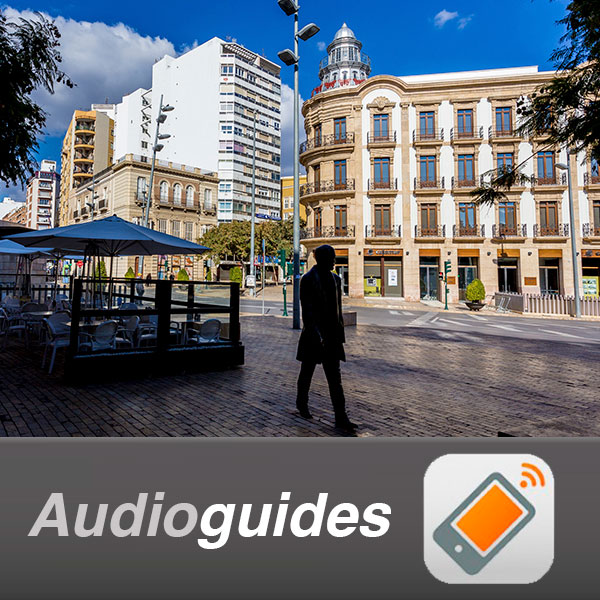 It is the nerve center of the city. Formerly called Pechina Gate and was the main entrance to the Muslim city. However, by mistake, Christians knew it as the Puerta de Purchena. Almeria city was protected by high walls, but in 1855 the majority were demolished and with them, the doors of entrances and exit to the city. In the 19th Century in Almería experiences changed in its economy due to trade in grape and mineral exports. In the second half of the nineteenth century, will begin the bourgeois expansion to the east of the city and urbanisation of Purchena Gate is carried out at that time, becoming a privileged area.

All around, we can see several examples of bourgeois housing of the early twentieth century, highlighting the Butterfly House, which was designed by architect Cuartara Casinello Trinidad and multi-family housing made by Enrique López Rull and Guillermo Langle Rubio. The place is an example of the legacy of the three most distinguished architects for the city.
In the centre of the square is the figure of don Nicolás Salmerón and Alonso, born in the Andalusian village of Alhama de Almería. Don Nicholas became president of the First Spanish Republic. Very close to him, is the popular ‘Cañillo Water’, which say that Almeria Purchena gate has no door but has a spell to everyone.