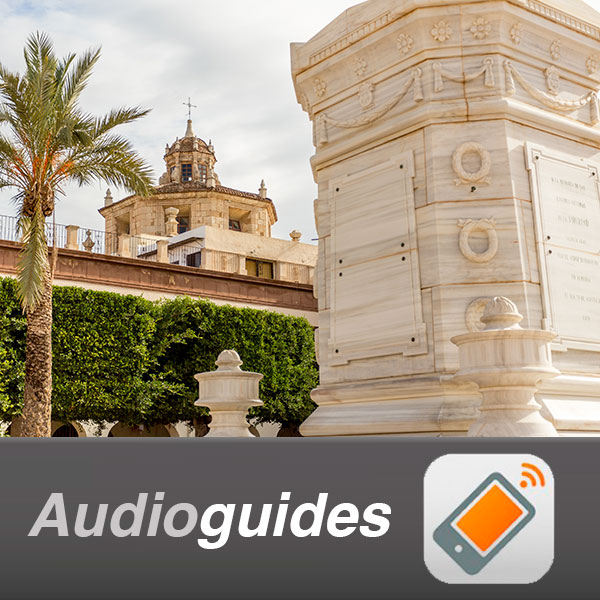 The Square is an intimate corner of the city, which was a place of games, parties, bullfights, processions and civic parades. In the Moslem period, it was an irregular square, constituting the main souk, a large market with stalls around.

With the arrival of the Catholic Monarchs in 1489, the square will take the name of ‘Game of Reeds’, referring to a major public celebrations that were held there. The square was surrounded by houses of one or two floors, dedicated to bazaars, taverns and baths. In the mid-nineteenth century, it will adapt to the bourgeois tastes applying the arcaded model of the main square. Presiding over the main facade of City Hall, in the late nineteenth century and early twentieth century, and designed by architect Trinidad Cuartara Cassinello.

The northern part of the facade of the square corresponds to the Convent of the Claras, which highlights the dome of the eighteenth century. The monastic rooms were rebuilt after suffering a fire in the Spanish Civil War.
In the centre of the square is the monument to ‘Los Coloraos’ liberals dedicated to 24 people landed in Almeria in 1824, to proclaim liberty, and the Constitution of 1812 popularly known as the PEPA. ‘The Coloraos’ were against the absolutism of Fernando VII, so they were arrested and executed without trial.