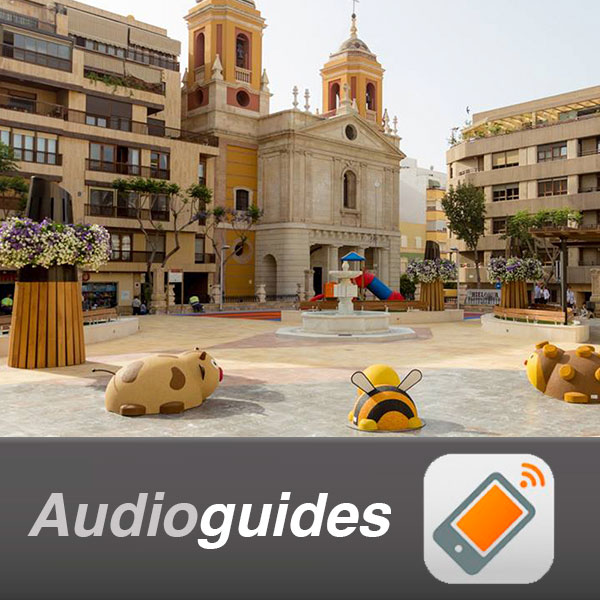 The present Church of San Pedro was built in the late 1800s and early 19th century on the ruins of the former temple of the Franciscan convent, which was demolished in the earthquake of 1790. The church is St. Peter Parish Headquarters apostle since 1837, the date on which the convent was sold off.

Its main entrance, located on the square of that name, is characterized by a porch framed by twin towers and a slightly protruding central body regarding the two towers, consisting of a lintel portico supported by four pillars, and half Doric columns which are attached. The facade topped by an entablature and a triangular pediment with a central oculus and behind it the twin towers rise.
The interior extends into an open plan, divided into three naves. In the nave is a system of half-Tuscan columns. The covers are barrelled vaults from the ship. On the altar is the medallion depicting the Vision of Christ from the three arrows held by Santo Domingo and San Francisco de Asis. The medallion is flanked by two angels representing the theological virtues: faith, hope and charity.
The church preserves a chapel of Convent of San Francisco, where the Virgen del Rocio is housed. In this Church they have their canonical brotherhoods headquarters of the Lord’s Supper and the Virgin of Faith and Charity; and the Holy Sepulcher and Our Lady of Sorrows.